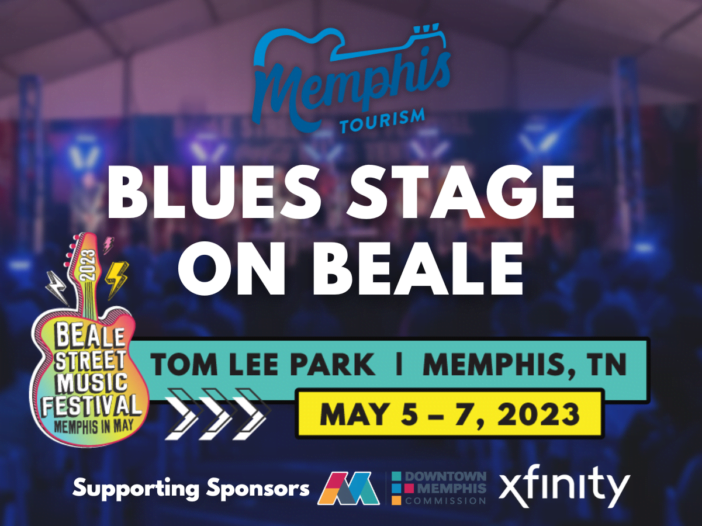 The move to Handy Park allows organizers to offer its famous blues lineup to a wider audience. The three main stages will be presented in Tom Lee Park as they have been in the past and festival ticket holders will have a reserved section seating at the “Blues Stage on Beale.”

“Blues music is a beloved part of our city’s heritage and just like the blues, the Beale Street Music Festival was born on Beale Street,” said James L. Holt, President and CEO of Memphis in May. “We are excited for the opportunity to present our powerhouse blues lineup where it all began on historic Beale Street and make it accessible to the local community as part of the festival program.”

The Memphis Tourism “Blues Stage on Beale” is supported in part by the Downtown Memphis Commission and Xfinity.“ The blues will be exactly where they were born during Memphis in May, at Handy Park on Beale Street,” said Kevin Kane, President & CEO of Memphis Tourism. “This extends the entertainment footprint of the Beale Street Music Festival beyond Tom Lee Park, making great use of a public venue and stage, free and open to all.”

THREE-DAY PASSES and VIP Passes for the 2023 Beale Street Music Festival are on sale now at discount pricing prior to the line-up announcement. For more information and to purchase passes visit www.memphisinmay.org/bsmf.