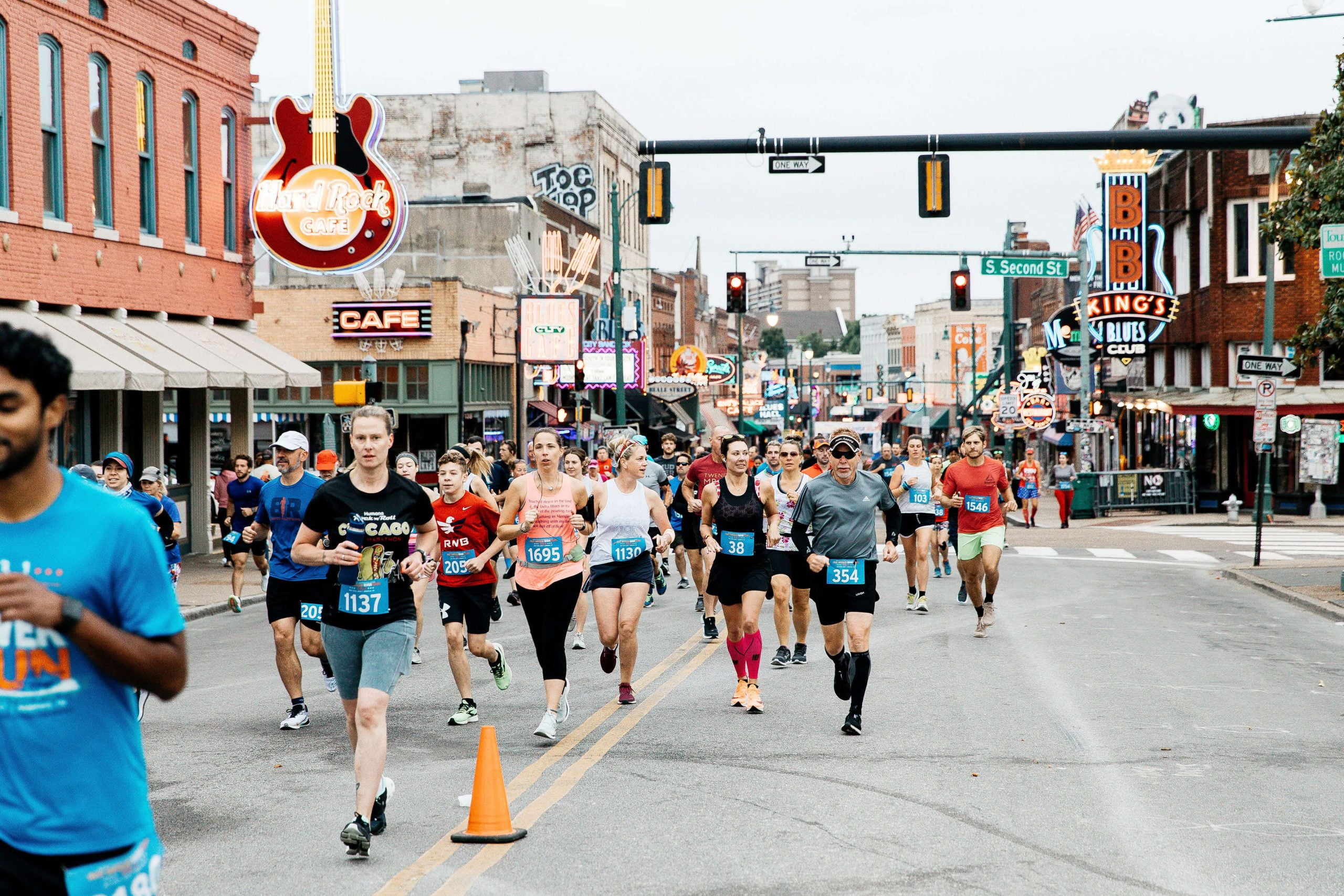 Over 2,000 runners laced up and launched from historic Beale Street for the 5th edition of the Great American River Run on Saturday May 29, 2021. The run is part of Memphis in May International Festival which put on a reduced scale festival celebration in 2021 due to COVID19 related restrictions. A field of serious athletes competed in the 2021 Great American River Run Half-marathon representing the elites of the running community. Notables include:

“After just five races, this run is shaping up not only to be a crowd favorite, but also attracting serious runners from across the country,” says James L. Holt, President & CEO of Memphis in May. “We had some heavy hitters setting the pace at this year’s Great American River Run and look forward to growing the run in 2022.”

Runners from 38 states and as far away as Alaska converged on Beale Street for a socially distant run and a fireworks send-off lead by an all-electric Porsche Taycan pace car through downtown Memphis and along the Mississippi River. The Great American River Run featured something for every level runner attracting elite athletes and record holders running the Half-marathon to fun runners in the 5K or stepping up their game in the inaugural 10K.