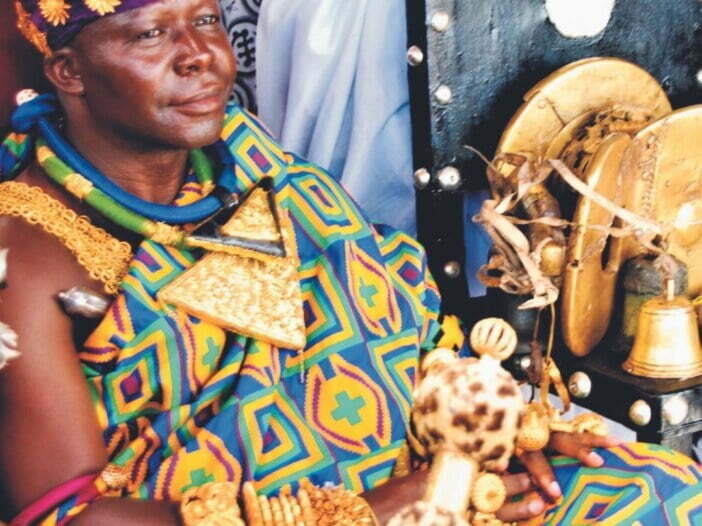 April 7, 2022 – MEMPHIS, TENNESSEE, USA – Memphis in May International Festival announced that His Majesty Otumfuo Osei Tutu II, Asantehene, will attend and participate in the Memphis in May International Festival’s salute to the Republic of Ghana in May. Festival organizers received the official notice from the Manhyia Palace in Kumasi, Ghana, in a letter also addressed to City of Memphis Mayor Jim Strickland and Shelby County Mayor Lee Harris.

The Asantehene’s visit to Memphis will highlight some of Ghana’s culture and traditions as part of the Memphis in May International salute to the Republic of Ghana. His Majesty will lead a contingent of paramount chiefs representing all regions of the Asante Kingdom, divisional chiefs, Princes, and stool attendants of the Golden Stool on a special visit to Memphis, Tennessee during Memphis in May’s International Week, May 2-8, 2022.

During the trip, His Majesty will meet with government and business officials and visit area attractions and cultural components of Memphis in May International Festival salute to the Republic of Ghana. The King is scheduled to attend Ghana Live Riches & Rhythms performance at the Orpheum Theatre on May 5 and the Black Star Black Tie Gala on May 6 which will celebrate the King’s 72nd birthday.

The King plans to address local college students in a public speech, during the visit to Memphis. His Majesty’s most recent public speaking appearance in the United States was in 2019 when he addressed the United Nations in New York City. The royal visit to Memphis will culminate with the King conducting a traditional Durbar Ceremony on historic Beale Street on Saturday, May 7.